What does it take to be a “neotrad” role-playing game?

Traditional roleplaying games are not so tied to tradition if you consider the new “neotrad” wave of titles we are experiencing in the last years. In 2015, Tomas Härenstam speaking about his Mutant: Year Zero roleplaying game, defined it “neotrad” game for the first time. “it’s got the production values, ease of use and plentiful campaign material of a traditional RPG, combined with the kind of clever and thematic rules design usually found in the indie games”, he said.

Since then, we saw the number of titles that can be associated with this quite loose category rising. Gamers are growing up, in number but especially in age, so a tabletop roleplaying games need to be abreast of the times, requiring less time and effort, cutting downtimes, taking some useless responsibilities away from the master job and, generally speaking, be competitive with other entertainment media. “Modern” RPGs (or indie, or new wave) are a very good answer to these needs but they offer a different game experience so many gamers are not comfortable with their approach.

So, in pragmatic terms, what it takes to be a “neotrad” role-playing game? I tried to summarize some of the recognizable elements that can help to define an RPG as neotrad:

There are other interesting elements to consider like a playable setting (it’s not as pleonastic as it seems), the inclusion of techniques like the failing forward and a fiction first approach, but these elements are not so relevant from a neotrad perspective.

Un commento su “What does it take to be a “neotrad” role-playing game?” 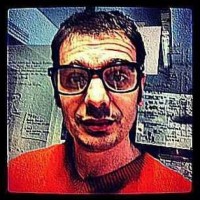 A roleplaying game about the relationship between a father and a son, and what could be their last chance to meet.

The whole premise is silly, and it's very badly written.

A chronicle of my solo rpg endeavours